We conducted an inspection in the attic and it turned out that the sprinkler pipes (filled with water) and other plumbing that had been run through the attic were not properly covered with insulation and many of the pipes were exposed.

Insulation had originally been “draped” over the sprinkler pipes as an acceptable, but not durable, way to protect the pipes from freezing.

Our team found evidence of an exceptional amount of maintenance traffic in the attic which accounted for the dislodged insulation and exposed sprinkler pipes. n> 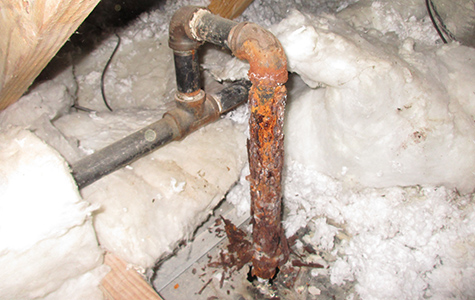 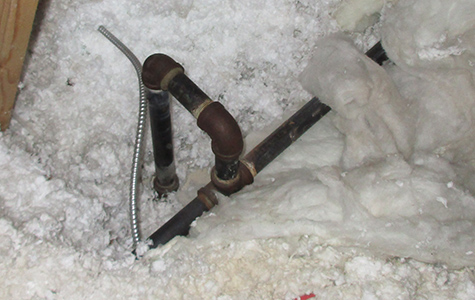 Exposed and damaged sprinkler pipes and other water pipes in the attic burst resulting in water damage to the apartments below.

HPBS also found that the attic was ventilated by both soffit and ridge vent openings and by numerous failing mechanical exhaust fans. On winter nights, the temperature in the attic was nearly as cold as the outdoors. 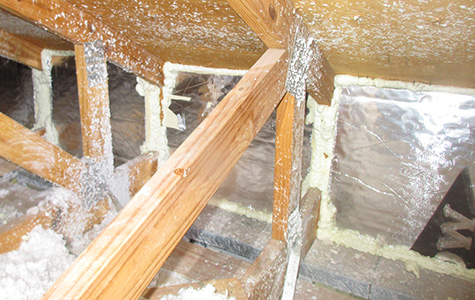 We recommended that the attic be encapsulated to seal the attic space from outside and create a semi-conditioned attic space that would be warm in winter. The exhaust fans were replaced with newer models having low-leakage, motorized dampers. Controls were added so that the fans run only during summer when the attic becomes too warm or too humid. This strategy provided the facility with durable protection for the pipes–they haven’t frozen despite several record cold days.