We assessed the air infiltration rates in the intended locations for the safe havens. We also provided a scope of work for reducing this leakage and installing HVAC upgrades to isolate the safe havens in according to FEMA Safe Room Guidelines. 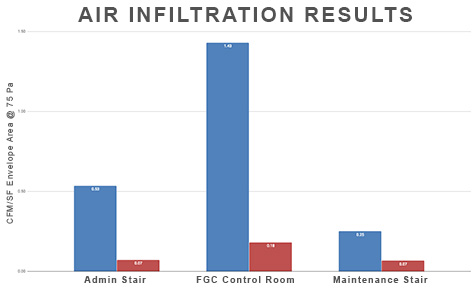 For some of the safe havens, the interior finish (such as cabinets) restricted access and interfered with sealing air leaks. In those cases, the AeroBarrier™ sealing system was also used. 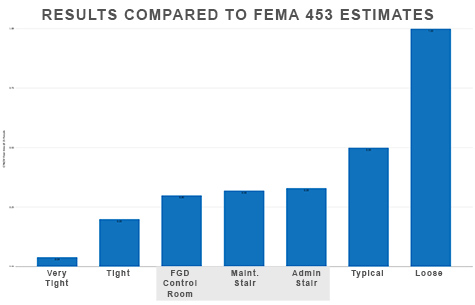